welcome to the forum and thank you for your kind words and the suggestions.

You,re right, there currently is no paint kit. The reason for that is simply that I am still expecting to change things around on the model, and as such the layout of the textures might fundamentally change in a future update. As long as that is the case I am hesitant to release a paint kit, since I really don't want someone to put a lot of time and effort into a repaint that might later become completely useless. Rest assured thought that there will be a paint kit, once we can be sure that nothing fundamentally changes on the model any more.

Passengers are currently not part of the model yet as of version 0.04. Of course they will be included in a future update, but currently my main priority is with the system simulation. It is after all an add-on in Early-Access, so I'd ask of you a bit of patience. I'm working very hard to finish up the Vega and include those passengers as well!

I can't believe you want to pilot Ron to cover his beautiful eyes!

The pilot will receive an overhaul once I get started with the passengers as well. Currently he doesn't even move (that lazy bastard

I'm glad you like our little aircraft. I wish you many hours of fun flying with her!


MatsH wrote: ↑
20 Jul 2018, 23:24
I did not see that the nose was different! I learnt something! The Vega is a new aquaintance for me and I am looking forward to learning about the Vega!

The Vega undertook some serious development in it's time. The first Vega's were also only equipped with a tiny 220hp Wright J5 engine - they could only load 4 passengers and the pilot. The Vega became bigger, got the much more powerful P&W R-1340 C1 engine, received a bigger rudder and vertical stabilizer aaaaand the NACA cowling. Some of the older Vegas were converted into the model 5 and that's the reason why there's pretty much no Vega like another.

Vitus: Thanks for the prompt and thoughtful reply. Rest assured your Vega, as it now exists, is a very nice model. It is easily good enough to warrant a lot of patience on the part of your customers. I am enjoying the Vega just as it is now. However, as good as the model is, it is your willingness to listen, respond and keep your customers informed that makes your company rise above most others. Keep up the good work.
Top

Great model...even though it is "Early Access" it's still better than many "Finished" aircraft I've purchased. Just completed 1st flight and would like to request a "Cold & Dark" option. The aircraft could keep it's "Persistency" but without pilot, passengers nor baggage and all switches, controls and buttons at there "shut down" state with temperatures at local conditions and no ground equipment...much like what the aircraft would be if you properly shut it down and parked it for the night.
Top

Thanks for the compliment, I take it

I think sooner or later I'll add an additional panel to manage the "simulation" - i.e. enable/disable wear and tear, maybe even some "cheats" to fix all problems etc. A "cold & dark" button, together with a "ready to fly" option would make sense in that context.
It's currently not veeery high on my list of priorities, since my main focus for now is the engine simulation, but it's definitely something I will look into! Thanks for the suggestion!

After 4 more flight of varying duration have the following for consideration:
- Make it so the baggage can't be loaded until the rear seat back is lowered.
- Did aircraft of this period not have outside air temperature gauges? If not fine...if some did would like one added. Difficult to DR without some idea of TAS.
- Did Vega's not have any Cabin/Cockpit heat? Can't imagine flying many northern parts of the world during the winter. Can see pilot being dressed for cold but not passengers.

Looking forward to next update...aircraft just keeps getting better.
Top

Thank you for your suggestions!

I actually thought about the same thing, but decided against it, due to the amount of programming that's required to achieve this. In order to make this happen I'd also have to consider the passengers in the back seat, the aircraft could only be loaded if the backseat is empty. Just to make this part working together is probably two full days of programming and testing, and I honestly rather spend the time on the engine and sound module for now.


triflyman wrote: ↑
07 Aug 2018, 02:41
- Did aircraft of this period not have outside air temperature gauges? If not fine...if some did would like one added. Difficult to DR without some idea of TAS.

Maaaaan, I am so confused about this. I went through the few historical photographs I got of the cockpit, but can't find a temperature gauge. Not even in Amelia Earhart's aircraft, with which she flew across the Atlantic. If you check out Wiley Post's cockpit, you'll find three temperature gauges that are still installed. I reckon the one on the left (0-100 F) might be either an OAT or a carb temperature gauge. But his cockpit was something special anyway, with all the tinkering he did... The "normal" Vegas don't seem to have been equipped with it, so pilots would have to eyeball it.


triflyman wrote: ↑
07 Aug 2018, 02:41
- Did Vega's not have any Cabin/Cockpit heat? Can't imagine flying many northern parts of the world during the winter. Can see pilot being dressed for cold but not passengers.

Yes, the Vega had a cabin heater and it will come in a future update

Thanks for the reply. Understand about the value vs. time on the seat...not worth it. I wonder if in the late 20's and early 30's aviation people even knew about True Air Speed...or knew how to calculate, so may not seen a need for knowing OAT.
Top

Hi Vitus!
I asked this on SOH, I havent Vega, but Id like to know about rain effect on windshield for P3Dv4?
Will You think about this feature (true galss or something similar or default effects)?
Last edited by YoYo on 09 Aug 2018, 21:24, edited 1 time in total.
www.yoyosims.pl 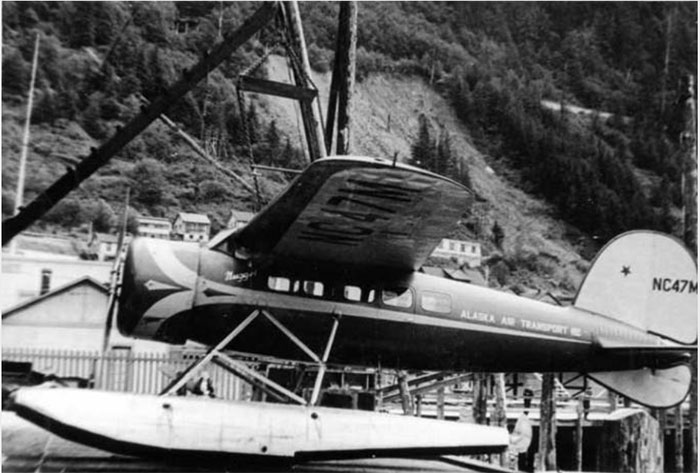 TrueGlass would be very cool, but I don't think that Wing42 can afford the license for it. I think the Vega will have to stick to normal, boring, unresponsive plexiglass for now.
And maaaaaan, I'd love to fly the variant with the floats. The only issue I have with it is that I currently know nothing about HOW to produce believable float-plane-physics and I am afraid to get dragged down a long rabbit hole

Let's put it this way: I love both of your suggestions and personally, I am very eager to implement both. But in both cases it is a question of resources and for now I'd rather spend all my time working on the really obvious flaws of the aircraft (i.e. engine, sound, passengers, Wiley Post's machine) than adding a different version. I hope you understand where I'm coming from

Oh, and welcome to the forum, and thank you again for your article on your website (a few months ago) - you brought me quite a few visitors and I am very grateful for it!