There are two videos that show the applicable effect. Notice how with power applied, big droplets get fractioned into small particles which stay on the windshield.

Don't seem to find a request from anyone else, so here's request for an OAT gauge.

(Yeah, I know the pop-up reports it too. But that's cheating.)
Top

Otmar, when You back here

,
Check this, free tool from A2A for developers for the rain effect:
http://www.sim-outhouse.com/sohforums/s ... developers

My suggestions.
1. Rain effect on windscreen.
2. It appears every airport I land at has a ramp handler called Heinrich, unless he stows away in the baggage compartment.
3. OAT gauge to detect possible icing.
4. Visual icing on wings, struts etc.
5. Animated passengers.
6. In the Payload Manager, a button to de-board passengers. I can not get them off the aircraft.
That's all for now after just one flight. I'm sure more to come once I get more familiar.
Top

Hi Ian,
Welcome to the forum and thank you for your suggestions!
1. Rain effects
I agree, that would be an amazing addition to the add-on. I did have a look at the SDK A2A kindly provided for their rain effect, hoping to implement it at some point. But there's a little problem with their system: it doesn't allow for windscreen wipers! In other words: if I go for the A2A effect, I'd need to remove the wipers or render them useless. The only solution would be for me to come up with my own rain-rendering effect, and I think right now my time is needed elsewhere. I do see this as a possible update for the future though, but that would be way after the full release. I hope you understand.

2. Heinrichs everywhere
Yes. Well... There's limitations to everything. I don't think it'd be reasonable to create multiple soundsets and artwork in this case.

3. Aye! I agree. We had a conversation about the OAT somewhere else in the forum already and my reason why it should be there is to determine your true airspeed! I know Wiley Post had one in his Vega, but I couldn't find one in any of the cockpit photos I got of regular Vegas. But I think this is too important to leave out. When I get to it, I'll include an OAT if I find an empty spot on the dashboard

4. Icing effects
I had those on my list very early on, but I don't think I'll implement proper structural icing in the Vega, simply due to time constraints.

5. Passengers
Yes, those will come in the full release!

6. Un-Boarding/Un-Loading
The idea of the passenger interface was that you click on the seat to toggle it's state. Empty seat means no passenger on the seat, blue man means someone is currently sitting there and yellow man means to toggle between those two states. Let's say you have a passenger sitting on seat 1L (blue), you click the seat and it turns yellow, indicating that this state will CHANGE. When you press the boarding button, any seat with a yellow dude will toggle its state, so if it was previously occupied, the passenger will leave the seat. If the seat was empty, it will get occupied. A similar logic applies to the cargo. You select what you want and then press the "load cargo" button, if your selection was "0 kg", then Heinrich will unload all your luggage.
After watching Peter's live-stream, and seeing how he couldn't work out the logic behind it, I know something needs to change to make this more clear. The question is HOW. I already changed some logic behind Heinrichs interaction, with version 0.90, he'll detect whether or not passengers are embarking or disembarking and announce it accordingly, and the same goes for the cargo. My suggestion is that I change the buttons to read "embarkdisembark passengers" and "load/unload cargo". This might clear up the miscommunication a little bit. The question is if I should add some sort of marking to the passengers as well?

So thanks again for your suggestions and thank you for supporting the project!

Just purchased the ATSimulations Antonov An-2...it has the A2A rain and working wipers...and they actually wipe the drops off the windscreen. So there must be a way to do it. I did see where Lewis at A2A offered to help you with this. How great...rain and wipers and sound (no sound on the An-2)...Wow!

Yeha! I contacted Lewis, we'll see if we can work something out for the Vega.

It would be nice to see GPS in future something like this: 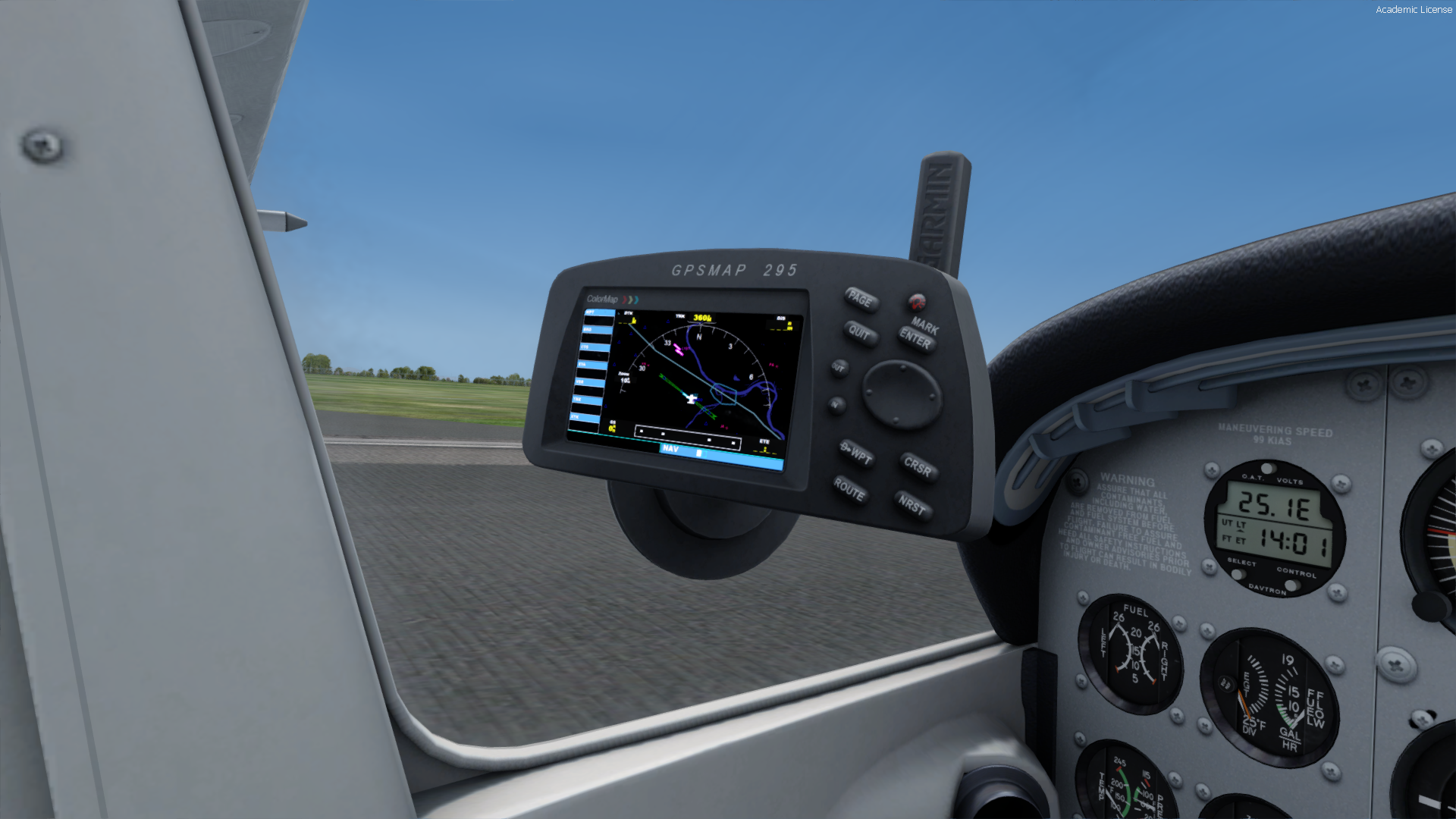 And this is the supported GPS 650 by the Flight1 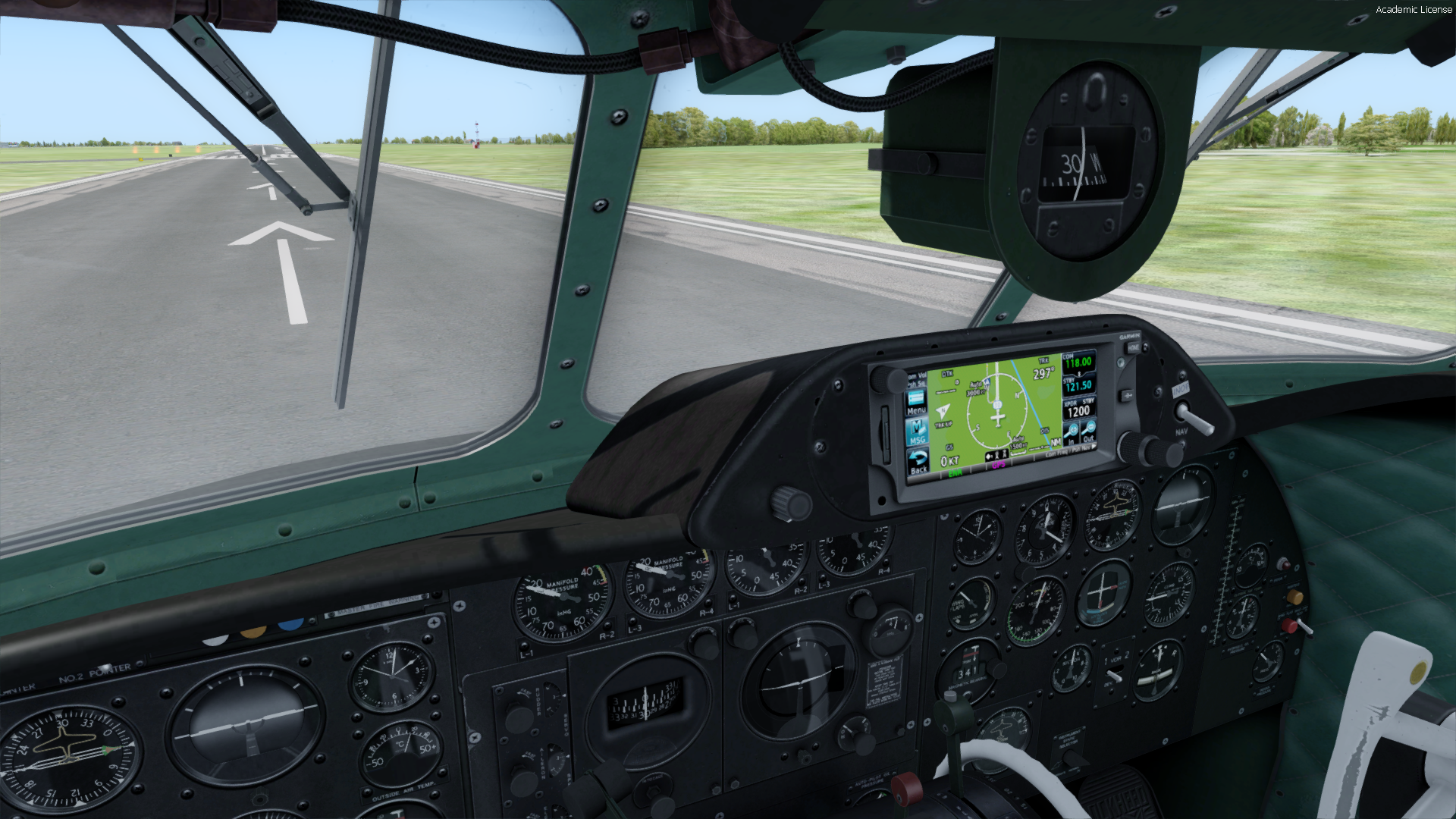 Hey Almedin,
Sorry for the late reply. We had a conversation about radio and gps in the forum very early on. The goal of the Wing42 Lockheed Vega is to recreate the experience of operating an aircraft of the 1920s with all it's quirks and flaws. One aspect of that type of experience is that you can get lost on the way and must make due. From my point of view, having a gps ruins the immersion and the excitement of dead reckoning.

Check out our earlier discussion here, if you want to read more.

I encourage to do a proper pre-flight, as you would for a real-world cross-country trip nowadays. Consult a VFR map and decide on a route based on landmarks that would be easy to spot once airborne. Calculate the estimated time of arrival for each waypoint and write down your magnetic (!) tracks for each leg. Be aware of the magnetic deviation of the region you're flying in, so you can set your directional gyro accordingly (D-key doesn't work in the Vega!). Prepared like this, you'll find your way, even without your GPS and it is soooooooooooooo much more gratifying!

Having a transponder wouldn’t be necessary to legally to fly inside US airspace.

I have no clue about Europe, and other places.

Wing42 | Moderator
“We can each change the world, with genuine acts of kindness.” - Mongai Fankam
Top
Post Reply
142 posts